On Dec. 31, 2020, the U.S. Environmental Protection Agency (EPA) issued a final decision to retain the existing National Ambient Air Quality Standards (NAAQS) for Ozone, effective immediately. The existing primary (health-based) and secondary (welfare-based) standards for ozone, established in 2015, are set at 70 parts per billion (ppb). According to EPA, the final decision is based on its judgment that the current NAAQS protect the public health, with an adequate margin of safety, including the health of at-risk populations, and protect the public welfare from adverse effects. EPA’s decision is also consistent with ACA’s longstanding position.

On Oct. 1, 2020,  ACA submitted comments to the EPA supporting the agency’s then-proposed determination to retain both the primary and secondary NAAQS for ozone at 70 ppb. ACA maintains that this standard was significantly strengthened in 2015 when the agency lowered it from 75 ppb to 70 ppb.

Under the Clean Air Act, EPA is required to set health-based NAAQS for specific pollutants, including ozone. This standard must be reviewed every five years, and EPA cannot consider implementation costs when setting NAAQS. NAAQS are standards for outdoor ambient air that are intended to protect public health and welfare from pollution. “NAAQS do not directly limit emissions of a pollutant; rather, they set in motion a long process in which states and EPA identify areas that do not meet the standards, and states prepare implementation plans to demonstrate how emissions will be lowered sufficiently to reach attainment.”

In its comments, ACA cited a recent report by U.S. EPA showing that 8-hour average ozone levels in ambient air in the United States have fallen 25 percent since 1990. ACA’s comments stated:

This air quality improvement has resulted in large part from reductions in emissions of nitrogen oxides (NOx) and volatile organic compounds (VOC), the primary precursors for ozone. According to U.S. EPA, combined emissions from the six common pollutants dropped by 77 percent. During this same period, the United States’ gross domestic product increased 285 percent, vehicle miles traveled increased 195 percent, and energy consumption increased 49 percent. In short, under the existing primary NAAQS for ozone, the regulated sectors have innovated and responded to the need to reduce ozone levels responsibly, while continuing to support the American economy.

ACA also noted that the paint and coatings industry has significantly reduced its emissions of VOCs and hazardous air pollutants (HAPs) since the late 1970s, and this trend continues. Market forces have played a role as the paint and coatings industry has become more service-oriented, providing just-in-time orders, smaller batch sizes, more waterborne and low-VOC coatings, and better transfer technology. VOC emissions from architectural coatings have drastically decreased over the last few decades as industry has moved towards low-VOC waterborne technologies, even while the use of architectural coatings has increased over the same period nationwide.

“Furthermore, the estimated economic impacts of previous NAAQS proposals and the lack of compelling new evidence to lower the standards support U.S. EPA’s policy judgement that the current NAAQS for ozone are requisite to protect the public health with an adequate margin of safety. Taking all of the current scientific record into account, ACA agrees with U.S. EPA’s policy determination and believes that emphasizing market-driven innovations and existing policies to improve fuel economy, increase energy efficiency, and reduce air pollution from cars, facilities, and products will drive further air quality improvements over the next decade,” ACA’s comments stated. 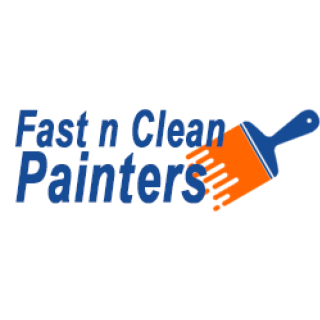